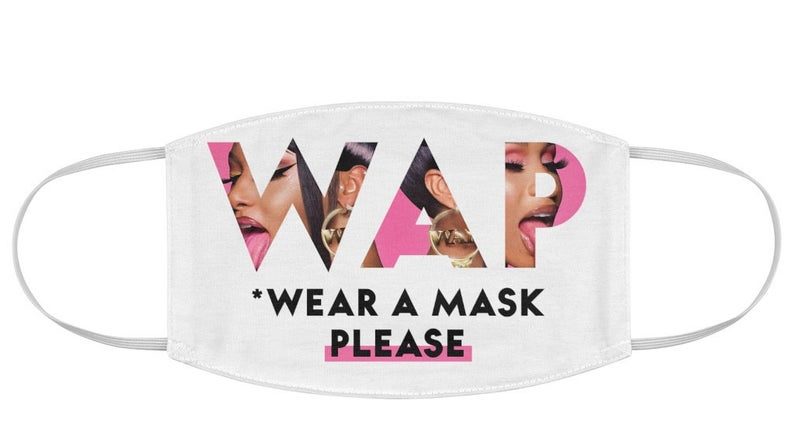 About the Cardi B Song WAP

We are posting this article on Cardi B and her song WAP here on Laughshop.com, as we could not really write and post it on our other, more family friendly websites, like Friendslr.com. The subject matter of WAP is definitely adult oriented. Shoot, a lot of stuff we post here is, as well a G rated stuff. However, if you are on this particular page seeking the G rated stuff, move along buster.

The song itself, which we will dive into a little later, has caused quite a stir. Some younger folks I work with have been referencing her and the song. See, I’m an old white guy, and they know I likely have no frame of reference. Ha, google does exist!

So why write an article on WAP and Cardi B?

We don’t write a lot of articles here on Laughshop.com, but this article begged to be written. This site is humor oriented, as the more I read up on the person, Cardi B, and the song, the more I laughed. Not at her, nor it, specifically, but more at the uproar. More the “in-your-face” pandering and attention seeking of the song itself. Consequently, here we are adding to it.

Her real name is Belcalis Marlenis Almánzar. Growing up her nickname was Bacardi. That is a LOT easier, I’d go by Bacardi too. Cardi B is a deliberate misspelling of Bacardi. I have to say, great stage name! She could easily have been Belmar, which sounds too much like a horse track. There is a decent Wikipedia page on her here.
To cut to the chase, Cardi B has popped onto the scene and dominated it in a very short time. That means she has worked her tail off. Not only that, but a female rapper? Rare enough, but dominating the field? Rarer still.

I Looked It Up

Not having heard the WAP song, I could only guess what the acronym stood for. I thought it would be something deep and complicated. Nope. It sure isn’t complicated, nor, ahem, deep. Cough. Crude, to be sure. But not deep.

For those of you who have not discovered the meaning of WAP yet, I’ll break my own unwritten rule about deliberate crudeness here. It is not Wizards Are People. We All Partake. Work Alone Penelope.
It stands for Wet Ass Pussy. True story. When I found this out, all I could do was laugh.

There is a comedian from Europe, Finland, I think, who does a whole set on how English is confusing. The word ass, for example. You can be an ass (bad), you can be a bad ass (good) or even have a bad ass (bad). Further, you can have a big ass burger, which is apparently bigger than a big burger.

So, yeah, broken down, it could be wet ass, ass pussy, a prison favorite, or wet ass pussy, again, a, erm, used prison delight.

Yes, this is a song, even if it is rap. It is lyrics set to music, so let’s look at the tune first.

Listening to this, not much to it, honestly. Slow, rhythmic, occasional slap sounds not unlike a mouse trap snapping. Discordant. Okay, not much of a tune, none-the-less it backs the focus, the lyrics, the words. These I found hysterical!

The lyrics – broken down

Here we’ll break down a small portion of the lyrics. Lyrics courtesy of Genius.com. Go there to see the rest of this. I only included a little bit.

Okay, so it seems off the top this looks like she is talking about some other girls.

Well, maybe not. The word “me” rather than she or her is first person.

[Verse 1: Cardi B & Megan Thee Stallion]
Beat it up, nigga, catch a charge
Extra large and extra hard
Put this pussy right in your face
Swipe your nose like a credit card

Ahhahahahahaha! Like a credit card! Sure does tie sex and money together, don’t it?

Hop on top, I wanna ride
I do a kegel while it’s inside

Spit in my mouth, look in my eyes
This pussy is wet, come take a dive

Tie me up like I’m surprised
Let’s roleplay, I’ll wear a disguise

“You be Groucho Marx and I’ll be Phyllis Diller…”

I want you to park that big Mack truck right in this little garage
Make it cream, make me scream
Out in public, make a scene
I don’t cook, I don’t clean
But let me tell you how I got this ring (Ayy, ayy)…

I got nothing.
Even this guy has something to say!

This “song” is crass. Sassy, sexually explicit, crass, x-rated, crude. And lazy. Miss Cardi B, you’re better than this. You have way more talent than this. How do you even follow this up? This song has so jumped the shark. For those who don’t know what that means, click here.

It’s one thing to shoot for a R rating, that has a certain appeal when it comes to the demographic targeted. However, an X rating, while in some cases can help market a property, really does limit the potential demographic.

Women have been in the backseat since the beginning of time, and in some places in the world, still are. However, women are just as capable as men at just about everything, (we men are built to lift things. Period), and more capable at a good many. Supporting the empowerment of women is critical. This song, I don’t know if this is a step backwards for women, or empowerment. Has not society demanded that “thou shalt not view women as life support systems for vaginas”? Does this song smack of overt sexism? Or is it, in fact, empowerment? And for the record, it would be equal off-putting is some guy were rapping about his dingus. That’s gross too.

Deviant behavior exists, no question. Yes, there are people who are into all sorts of things better left unsaid, at least here, now. However, and generally speaking, potty-mouthing on the air is not okay. Putting potty-mouth songs out for young boys and girls to hear (and they WILL hear and they WILL be influenced) is flat out wrong. Always has been. Adult content and entertainment is best quietly left for adult consumption. Yet, the internet has made it much too easy for kids to view and hear things they ought not.

For one, I catch my granddaughter listing to this stuff, I’m going to be mighty unhappy.

There have been sexually explicit songs for decades. Start with The Byrds Triad in 1968, very racy for the day. How about pretty much everything penned by Prince? Double entendres not withstanding, most was pretty sexual. Marvin Gaye’s Sexual Healing. Work It from Missy Elliot Nine Inch Nails, Grace Jones, Aerosmith, My Neck My Back from Khia. The list is long! This is nothing new, cupcakes.

WAP seems to be in a class, maybe not of it’s own, but it’s a small class. And, about that jumped shark, how do you follow this up?

Well, here’s a thought, a follow up to WAP called NASTY

Dirty filthy nasty
As nasty as it gets (ooh)

When I tell people,
I love your cologne smell
I wish when I was texting
that I could learn to spell

You see I told my followers
how I smell your cologne
the only real problem is
I spelled it c-o-l-o-n (ah!)